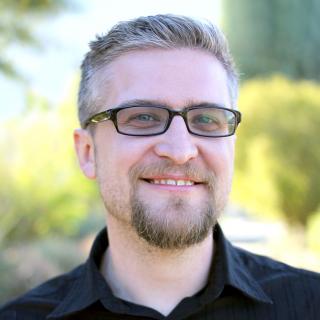 Jerad’s been using Drupal since the nightmare upgrades from 4.6 to 4.7 (early 2005). He started out as a technical illustrator with C/S Group and worked for three years with Photoshop, Illustrator, AutoCAD, Macromedia products, and PHP. When it came time to replicate a platform across the different locations of the company, Jerad found Drupal and has never looked back.

Shortly after attending a Lullabot workshop in 2006, Jerad was snatched up by Sony Music where he worked on their artist platform creating a centralized system to roll out sites for artists and helped to build Sony's video portal, then called MyPlay. Jerad later ended up at LifeTime Digital before starting his own development company, Rapid Waters Development.

In 2010, Jerad came full circle when Lullabot acquired Rapid Waters Development and became a Senior Developer for Lullabot, then a Senior Technical Project Manager, and eventually, Development Manager. In these roles, Jerad helps with hiring developers, supporting their professional growth, and leading and organizing key client projects. Jerad has led projects for:

While working at Lullabot, Jerad has learned a lot about what it takes to not only develop on large projects but how to organize and lead them as well. He combines deep technical knowledge with a penchant for organization, allowing him to keep track of the fine details of a project and the big picture view.

Is a prolific XR artist, nature photographer, and father of three bright and creative children.