Matthew's post on "The Cultural Construction of Drupal" is a landmark blog post. Everybody should read this. A hugely thought-provoking article. 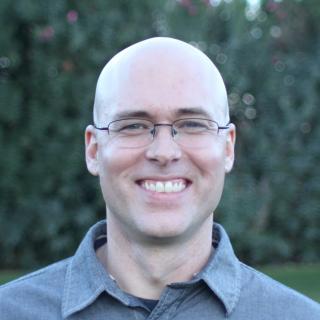 Dr. Matthew Tift is a senior developer at Lullabot and the host of Hacking Culture, a show about free software. He has been writing and presenting about free software and music regularly at academic and professional conferences for two decades.

An active member of the Drupal community, Matthew is a Drupal 8 configuration system co-maintainer, organizer of the Twin Cities DrupalCamp since 2011, and Drupal core contributor since 2010. He helped port multiple key public media Drupal modules to Drupal 8, including the NPR and PBS Media Manager modules, and helped organize the effort for Olivero, the new theme for Drupal 9.

Matthew started playing violin at age 5 and learned to code (in BASIC) at age 8. For his undergraduate senior recital in 1998, he performed Steve Reich's Violin Phase with his violin and computer. He started building websites professionally in 1999 and earned a Ph.D. in musicology from the University of Wisconsin-Madison in 2007.

Matthew has a passion for education and mentorship, and he regularly speaks and keynotes at Drupal conferences, including numerous DrupalCons, Twin Cities Drupal Camp, BADCamp, NYC Camp, DrupalCamp Colorado (keynote), and DrupalCamp Wisconsin (keynote). He has taught music at the University of Iowa, Bemidji State University, and Aspen Country Day School. He is a yoga teacher, guides meditation groups in prisons, and he teaches coding with free software to K-12 students in his local community.

Matthew lives near Minneapolis, Minnesota, where he enjoys cycling, meditation, yoga, and playing string quartets with his wife (viola) and two daughters (cello and violin).

Matthew has attended every North American DrupalCon since 2010.