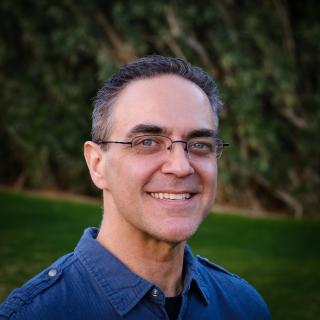 Initially hired in 2010 as a Front-end Developer, Sean has had the opportunity to work on some exciting projects at Lullabot. The Grammys (The Recording Academy), WWE, and MSNBC to name a few; Sean has fond memories of putting to use a combination of Drupal Site Building, HTML, CSS and some Javascript skills.

After a time, Lullabot grew and project managers were needed. Sean’s past experience as a Recreation Supervisor (with over 20 years experience in the field of Parks and Recreation!) running special events, after school programs, and overseeing community grant funded programs made him well equipped for the role of planning and leadership. Sean transitioned to Project Manger and has worked with clients including American Booksellers Association, Oxygen, Cisco, NBC,  NewsBank, and the National Associations of Music Merchants (NAMM).These projects included organizing and planning all kinds of projects ranging from re-designs to migrations, and completely new creations.

Currently Sean serves as Project Manager and Development Manager. While the days of spending hour upon hour with code editors and debugging are behind him, Sean finds it personally and professionally rewarding to support individual project teams, lead Lullabot’s Front-end Developers (FrontBots), and assist in furthering the culture, impact, and awesomeness of Lullabot. Sean counts the opportunity to support his teammates' growth and learning as one of the most rewarding parts of his job. It’s no wonder he earned a BS Degree in Recreation and Community Services-- Sean loves to serve others.

Sean lives in San Marcos, CA where he enjoys running, getting frozen yogurt with his wife and teenage daughters, and often plays host to traveling Lullabots.

Sean’s weekends are never boring. You can find him either playing guitar for weekend services or getting little-to-no sleep developing video games with Unity3D for random Game Jams.