Mateu, you are a fantastic! 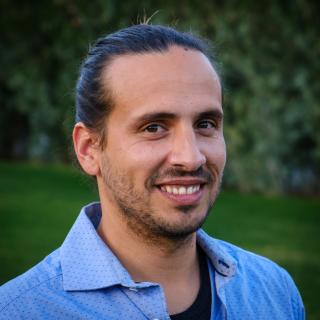 Mateu Aguiló Bosch is a Senior Drupal Developer with extensive experience in API design, Node.js development and contribution, and distributed architectures in the cloud.

An active Drupal developer for over 10 years, Mateu has contributed over 3,000 commits and is a co-maintainer of Drupal core. He created the RESTful v2 module while working on the NBC project, which laid the foundation for the current Decoupled Drupal landscape. As a prolific contributor, Mateu has too many modules to highlight; in the last year, he created Warmer and API Proxy during his work on the IBM project.

Mateu is passionate about sharing with the community; through IRC, Google Summer of Code, Slack, and his YouTube channel. He has presented at DrupalCon more than 10 times, and he mentors Drupal developers and new contributors.

Mateu started his professional engineering career in 2005 as a speech recognition developer after finishing his degree in telecommunications engineering in Barcelona and doing his Master’s thesis at UC Berkeley. He was hired by the University in Barcelona to do full-time research about acoustic pattern recognition and language detection but felt constrained chasing fractional improvements in speech recognition. Frustrated that he could not explain what he was doing to family and friends, Mateu switched to web development where the fruits of his labor were more evident to them.

Of all the Lullabots, Mateu probably lives in the most envy-inducing place possible. As a resident of the tropical paradise Mallorca, Spain, he enjoys long hikes on unspoiled Mediterranean beaches, playing tennis and soccer, and, occasionally, sampling from the island’s 2400 restaurants. He is a proud papa to two little humans.

Mateu trained his two cats to come after a certain whistle even from one block away.