The only failure is quitting. Everything else is just gathering information. 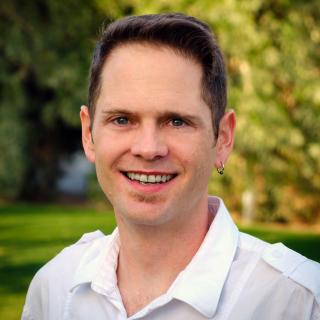 Faced with the daunting rearchitecture of a homegrown CMS in 2007, Chris's company found Drupal and he hasn't looked back since. Over the years Chris has worked for a number of local companies and small business honing not only his backend development skills, but also his theming, project management and commuting skills. Some of his favorite accomplishments include integrating 2-way communication between SalesForce and Drupal, writing a split-payment system for Ubercart and winning the Tropo Hackathon at DrupalCon Denver.

On his way to Lullabot, Chris spent a few years with the National Renewable Energy Lab where he led a team of talented developers and helped to implement a large Drupal infrastructure. One of the sites he built with his team is now a required government resource for commercial and home weatherization.

When offered a position a Lullabot, Chris was ecstatic to learn he would be part of a complete restructuring of Syfy.com playing roles of both backend developer and project manager, only to follow that project with a rebranding of Syfy's sister blog site, Blastr.com.  Chris has also worked with Angie's List to assist in rebranding their public facing directory, and most recently has been working with a team of Lullabots to improve performance and user experience on Cisco's customer driven Support Community forums.

Chris can often be found mentoring at DrupalCon sprints and lending a hand organizing DrupalCamp Colorado, but when he can get away from the computer, Chris loves traveling and exploring Colorado with his wife Laura and cheering on the local sports teams.  An avid runner, Chris has completed two marathons (and counting) as well as a number of long distance mountain relays and trail races.

Chris grew up in South Park.