Matt is just about the best person to have on your team I can think of. He’s a master of his craft, yes, but he’s also humble and unassuming. His questions are always earnest, never snarky. He’s a kind person and he clearly cares about our clients and their needs. 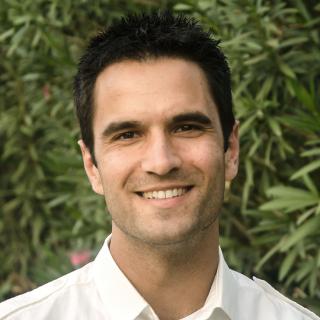 Matt Oliveira is a senior developer who thrives on everything from integrating diverse systems to completing complex Drupal 7 to Drupal 8 replatforming projects. While Matt has made many contributions to integration-related Drupal projects, such as Drupal and Apple News, Drupal and Facebook Instant Articles, and Drupal and Fitbit, he's equally at home with Drupal's REST API. His expertise and approachable demeanor have earned him the trust of clients like Bravo and Turner, who ultimately entrusted Matt with the most important pieces of their business: their online presence.

Matt has been developing websites professionally since 2009, and Drupal sites specifically since 2010. He first leveraged Drupal for higher education websites, but the robust functionality of the framework led Matt to start using Drupal for a wide variety of websites. In his time with Lullabot, Matt's highest-profile projects have entailed working on complex media and .edu websites, although he'll tackle any development project with a positive attitude. He regularly goes deep on debugging difficult cache related issues, patiently spending hours in the debugger to not only fix but understand the problem.

Matt lives in small-town Grimsby, Ontario, where he was raised on a fruit farm and continues to enjoy the fruits of his family's labor. Ahem. Matt lives with his wonderful wife, Maria, and loves running, biking, skiing, and working out. Matt has also played soccer all his life—even refereeing since he was 12!

Growing up he lived and worked on a fruit farm in Southern Ontario. He worked outside, in the heat, coming in dirty and sweaty everyday. Now he builds awesome websites in his air conditioned home office. He kinda went the other way on that one.