Life moves pretty fast. If you don't stop and look around once in a while, you could miss it. 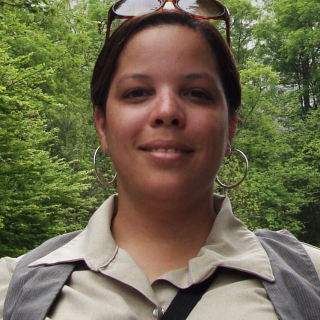 Kat is a CPACC-certified Senior Front-end Developer who’s excited to continue her work as an advocate of digital accessibility with her new team at Lullabot. She’s been working in web development since 1999, and developing and maintaining Drupal sites since 2012, with a focus on remediating accessibility issues in Drupal 6, 7, and 8. Kat has led several accessibility projects, and is a co-maintainer of a Drupal 8 accessible base theme, Classa11y.

Prior to her work in accessibility, Kat has won the Digital Government Achievement Award and honorable mentions for her work developing apps for government agencies. She served as Secretary for the KC Metro Area Government Webmasters group for most of her decade-plus membership, and has volunteered at and attended several National Association of Government Web Professionals conferences.

As someone who loves peace and quiet, Kat happily lives in the countryside overlooking beautiful Perry Lake. She loves her close-knit family, consisting of her husband, three kids, a dog, and a cat, and she cherishes the small community she calls home. As an Air Force brat who moved a lot during her childhood, Kat lived in Texas, Florida, New Mexico, Japan, Maine, and Kansas. She’s also lived in Missouri (Kansas City) and Northern California. Japan was her favorite hands-down; Kat thinks it’s a beautiful place.

Kat got to live in Tokyo when she first lived in Japan while waiting for base housing. Everything was smaller, and there was a cute little candy store down the street that sold chocolate cotton candy. Japan is also the place where Kat had her first chance to eat coffee ice cream.