Marc Drummond has been demonstrating great leadership for [the Breakpoint and Responsive Image modules] (and elsewhere in the Drupal 8 queue). 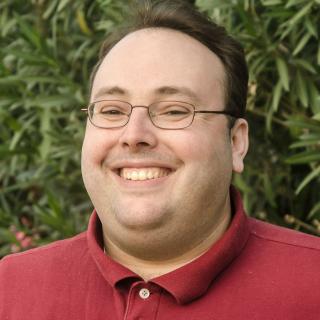 Marc Drummond is a front-end web developer who built his first web page in the late '90s with Netscape Communicator. Since encountering Drupal in 2008, Marc has built and themed Drupal sites for a variety of organizations. He particularly enjoys building out complex component-based design systems and is well-versed in integrating Pattern Lab seamlessly with Drupal to keep front-end components in sync throughout the life of a project. Troubleshooting tricky CSS layout issues, animations and interactions is his jam, alongside diving into some PHP preprocessing or some JS to help a site to shine.

His background in web development and graphic design for city government gives Marc a deep understanding of the challenges that .gov clients face. He provided many years of service to the board of the National Association of Government Web Professionals, serving as President of the organization during the last year of his leadership there. Marc leverages this background when working with large, complex projects, such as .gov and .edu website projects, and understands the administrative challenges that these types of organizations face.

Marc has been a prolific Drupal contributor in his 10+ years within the Drupal community. In recent years, Marc has shifted the focus of his Drupal contributions from code to advocacy as a member of the Drupal Diversity and Inclusion Group. Marc has served on the Leadership Team for the group, and he led the Speaker Diversity Initiative in 2019. Marc is passionate about his Diversity and Inclusion work and strives to help the Drupal community become a more inclusive place that provides opportunities to individuals from underrepresented and marginalized groups.

Marc lives in Woodbury, Minnesota, with his wife and daughter, as well as their dog. They enjoy traveling, especially to Disney World. In his spare time, Marc enjoys language learning, as well as working on health and well-being. He tries to regularly engage in mindfulness practices, and endeavors to walk a few 5Ks every year.

Marc studied at the University of Aberdeen in Scotland for a year during college. When visiting Castle Drummond, he asked if there was a reduced admission since he was a Drummond; he was told they'd be glad to charge him double.