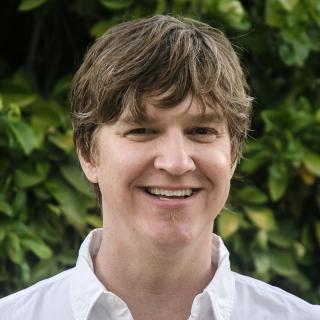 Jeff Robbins is the co-founder and former CEO of Lullabot. He worked at O'Reilly as an illustrator and systems administrator as the World Wide Web came into being. He was involved in the early stages of the first commercial website, O'Reilly's Global Network Navigator, but left to start one of the first web development companies, Liquid Media, in 1993.

In 1994, Jeff's band Orbit signed to A&M Records. Over the next 6 years, the band recorded 3 albums for A&M, scored a modern rock top 10 hit, appeared on MTV and MuchMusic, and toured extensively throughout the U.S. and Canada playing many radio festivals and the Lollapalooza tour.

Before co-founding Lullabot, Jeff developed websites for Ringo Starr, Participant Productions, Adaptive Path, the Fearless Living Institute, and many others. He also ran a soundtrack music company called SomeMusic. Jeff has contributed over 20 Drupal modules and themes, including popular favorites such as LoginToboggan, and the Zen theme.

Jeff believes that free open source software doesn't need to be ugly and difficult to use. Along with Matt Westgate, he began Lullabot as a way to improve these tools and make them more accessible to companies and individuals who are looking for a non-proprietary solution with social relevance. Open source development makes the world a better place.

Jeff lives in Seekonk, MA with his wife Jennifer, a graphic designer and author of O'Reilly's Web Design In A Nutshell, and their son Arlo. Follow Jeff on Twitter.