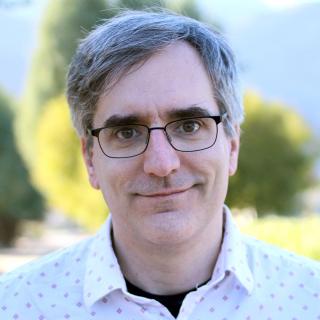 Greg Dunlap got his start in Drupal in 2006 at a Lullabot onsite training for his employer at the time, the Seattle Times Company. Feeling an instant kinship with Lullabot Jeff Eaton, Greg accepted Eaton's encouragement to contribute and today leads one of the eight core initiatives for Drupal 8. The so-called CMI initiative endeavors to consolidate Drupal's scattered site data, views, content types, and module settings, to a unified, secure API. The new system, which shipped as part of Drupal 8, makes deploying, testing, and reusing Drupal site configuration more consistent and easier to manage.

Greg graduated from college in 1991 having majored in photojournalism and fine art photography. With the US in a deep recession and the future of publishing already on the verge of disruption, Greg was first to volunteer when his boss, the owner of a Chicago Real Estate newspaper, asked if anyone wanted to help move the paper's database from Paradox for Dos to Paradox for Windows. He's been in the software business ever since.

Greg is also a world-class pinball player and has been participating in pinball tournaments for nearly 25 years. For some of his career he managed to marry his fascination with the game with his software engineering work, writing C++ code to run various games.

His Drupal resume has included stints with leading Drupal agencies Palantir and NodeOne, and his body of work includes work for Foreign Affairs magazine, Ikea and the Swedish Government. He authored Deploy module and was a long time maintainer of the Services module. He is also co-author of Packt's "Drupal 7 Module Development."

Greg makes his home in Pacific Monterey, CA with his wife Nicole and a small menagerie of animal friends. In Portland he attempts to stay current with the Punk Rock scene. Says Greg, "Some people find their Zen through meditation, I find mine getting crushed up against the stage in a mosh pit."

Greg is 780th in the World Pinball Player Rankings.