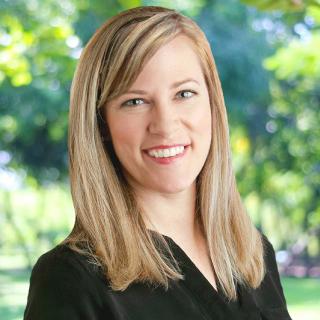 Ellie accidentally fell into marketing while living in Austria and bumming around Europe after graduating from college. She realized she could legally stay longer in the country if she became a student, so she enrolled in the Master’s program at Webster University and studied marketing. Despite not having any experience in the discipline aside from the Marketing 101 class she took during her undergrad studies, Ellie prevailed and has been hooked on marketing ever since.

After graduating, Ellie went on to build a diverse career developing and executing multimedia strategies and campaigns for the entertainment, tech, and media industries. Getting her start with Technology Review Magazine in Boston, Ellie then went to Los Angeles, where she worked on campaigns that drove impressive results for home entertainment releases including, The Twilight Saga films and the Academy Award-winning, The Hurt Locker. Leaving vampires and palm trees behind, Ellie came full circle, geographically speaking, returning to her native Texas where she worked for Bottle Rocket Studios, appendTo, and then went on to launch her own business providing marketing consulting to tech startups.

Ellie has served on the Board of Directors for Women Communicators of Austin and Together Digital Austin and loves brunching on patios, enjoying the outdoors, traveling, and listening to live music.

Ellie was the second American baby born in a little Austrian Alpine town called Reutte. She even met the doctor who delivered her many years later.