I had the pleasure of working with Eduardo on a couple of Drupal 8 projects. He has one of the most positive attitudes of anyone I've ever worked with, and is always willing to go above and beyond to get the work completed. I enjoyed working with him, as he was always willing to share his knowledge, and help others along the way. His in-depth knowledge and positive attitude would be an asset on any project he joins. 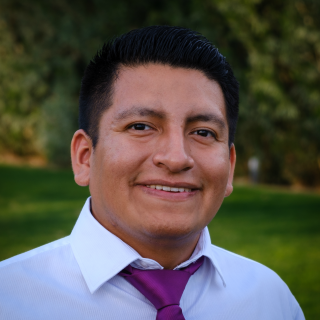 Eduardo is a hackathon enthusiast who has worked as a senior developer and technical lead on high-visibility Drupal projects for organizations, including the NCAA, World Bank, and World Fuel Services. Before joining Lullabot full time, Eduardo was an integral member of the Lullabot team that launched Drupal 8 projects for Bravo, Oxygen, and Universal Kids. His career has also included launching DevsTec, a Lima-based Drupal company, and working on Drupal projects for Myplanet, Phase2, and Anexus.

Eduardo's expertise as a technical lead enables him to recommend feasible technical approaches to deliver complex migration projects on time. Eduardo also excels at managing the execution details to see a project through to completion, providing clear visibility into progress through effectively segmented tickets, detailed Gantt charts, and consistent communication.

Eduardo’s love of development has also inspired him to give back by serving as a professor at the Autonomous University of Peru, organizing hackathons and mentoring participants as the AngelHack Ambassador, speaking at international conferences, and contributing to Drupal innovation. His topics range from becoming a proactive developer to working remotely while focusing on empowering people to improve their careers and lives through small, actionable steps—similar to his approach to tricky development projects.

Projects Worked on at Lullabot:

Eduardo loves ceviche and drinks orange juice every morning no matter where in the world he is.