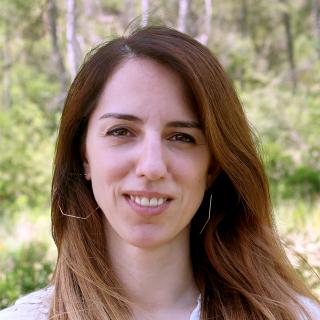 Cristina is a Front-end Developer and Designer, or what some people call Front-end Designer or UI Developer. Together with fellow Lullabot Sally Young, and a few other drupalers, she is a co-organizer of the Admin UI & JavaScript Modernisation Initiative. Cristina is also a core Usability maintainer for Drupal and the front-end track chair for DrupalCon Europe. She is involved in her local community organizing Drupal and other tech-related events.

Cristina spent several years in the graphic design industry. Her development career began when she went freelance and had to make her own designs a reality. Cristina learned to code while learning Drupal and found her place in the local community by helping to organize a Barcelona Drupal event in 2012. She has been involved in the community ever since and credits this involvement to helping her land a job at a Barcelona Drupal agency building websites for big NGOs.

Cristina has a Graphic Design, ESDi degree from Universitat Ramon Llull and also has training in Digital Marketing and UX. She enjoys practicing sports--especially running and swimming. She loves design and also spends time illustrating.

Cristina was an active member at an athletic club in her youth, competing in several disciplines including the hammer throw.