At the beginning of the season, I told the guys, ‘Hey, why not us?’... That’s our mindset. We want to be champions every day and bring it every time. 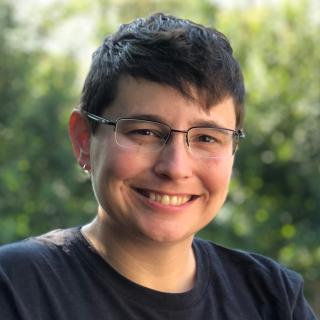 April started her career as a graphic/web designer at a small agency and Asheville-Buncombe Technical (A-B Tech), a regional community college. While evaluating CMS solutions at A-B Tech, she discovered Drupal and shifted her focus to back-end web development. In 2012, she joined the National Climate Assessment Technical Support Unit as a back-end Drupal developer.

Since then, April has built websites for the United States Global Change Research Program (USGCRP), the 2014 National Climate Assessment website, and the 2016 Climate and Health Assessment website released by The White House. Her work included a review and comment system and contribution system to collect comments and contributions for reports and assessments. These projects earned her a Special Service Award from NOAA’s National Climatic Data Center and a Certificate of Appreciation from the U.S. Department of State.

Following these achievements, April decided to try her hand at agency work as a Senior Drupal Developer and then Lead Drupal Architect at Mediacurrent. While there, she worked on travel-related websites while gaining valuable experience in Drupal 8 and localization.

In her time at Lullabot, April has played a pivotal role in the Georgia.gov platform migration that involved migrating 90+ sites from Drupal 7 to Drupal 8. Currently, she is continuing her work with the state of Georgia as an integral member of the Georgia Public Broadcasting project. April routinely contributes fixes or adds features to Drupal core and modules as part of the projects she’s working on. She believes in a contrib first mentality that benefits the client and the community.

April earned a B.A. in Multimedia Arts and Sciences from UNC Asheville and has been the lead organizer of Drupal Camp Asheville since 2015. It’s no surprise that April is very passionate about community building, but she also loves collecting LEGOs and old cameras, is an avid podcast and audiobook listener, and a runner and sports enthusiast - especially basketball.